In year two, we hope to feature a guest blogger once a quarter. Today we feature Carrie Stepp Graves as our first guest blogger. We couldn’t be more excited to let Carrie tell us how she is turning the messy into marvelous.


BE NICE.  You may think that this skill sounds a bit trite. Really? Are we four years old? Be nice?

My Be Nice Reign Of Terror, (as I have affectionately  begun calling my efforts) began about a year ago. I work for the Church (yes, I had to engage in this effort while working for the Church)  in a judicatory office. I am in communications and manage several social media channels. In the field of communications you put yourself out there– and you hear about it, all the time: Irreversible typos in email newsletters, a name left out, a story not told.  As if the typos aren’t messy enough, the biggest mess comes when comments are offered in rude, barking, condescending tones, and insults. 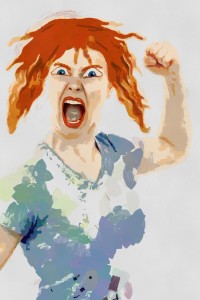 Perhaps the smallest criticism I’ve responded to involved an elderly woman taking the time to mail me a handwritten note. I opened it to find multiple exclamation points asking me to correct her address from her individual name, Jane Doe,  to Mr. and Mrs. Doe. There was no please. No thank you. No sense that she thought about the person receiving this note on the other end. Just pure frustration and righteousness.

I corrected her name on my list, reminded myself that I would kill her with kindness, and wrote a letter back thanking her for her lovely note. I stated my appreciation that she and her husband wished to be on our mailing list and suggested that she check with her church, as I had received the address exactly as it was from that parish. I did not hear back but it made me a happier person to tell this woman ‘what for’ in a kind and helpful way. Maybe I even brought a little sunshine into her life.

The largest challenge in my Be Nice Reign Of Terror thus far has been a pitched battle on an industry listserv. I was targeted one day on Facebook as one of a few “offenders” for linking the church’s Facebook account to Twitter. We were rudely and publicly named as not knowing what we were doing by a clergy person. I did not know him, but I found his email account through the listserv. I wrote to him via email, mentioning the incident and expressed understanding that there is disagreement surrounding the Facebook to Twitter link. I explained my reasons for doing so and asked that constructive criticism be offered in conversation with the group instead of what was essentially petty bullying. I was kind but firm.

On Facebook and Twitter, some responses came back with good information but sadly, a condescending tone (to which I responded nicely). Others thanked me for asking that this Church group’s conversation respect the dignity of every human being. 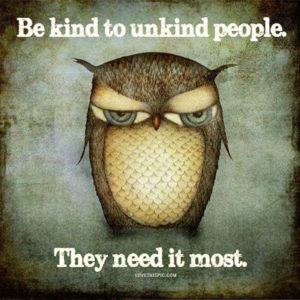 Finally, the man himself responded, expressing anger at the notion that we’d been speaking “behind his back.” I reached out again noting that I had used the listserv precisely in the hopes of reaching him. His unkind comments continued. He argued that I would have him substitute niceness for effectiveness (despite my request for real advice on doing the best job I can do on social media).

Again, I responded nicely, informing him that he would probably get what he wanted as I had listened to the advice of colleagues and was leaning towards unlinking the Twitter and Facebook based on their counsel. I did comment that Jesus was kind, especially to those willing to listen, that Jesus preached a gospel of love, to which he responded – Judas wasn’t nice. Yikes!

In the end, I had asked for a kinder world, I stood up for myself, I listened, learned and unlinked the Facebook from Twitter. I am thankful for what I learned and for the deeper relationships I built among my colleagues. I even thanked my “offender” for sharing his knowledge.

In the end, I had asked for a kinder world, I stood up for myself, I listened, learned and … am thankful for what I learned and for the deeper relationships I built.

In other situations, I have met and built relationships with my critics by writing to them in kindness. There have been miracles in action. 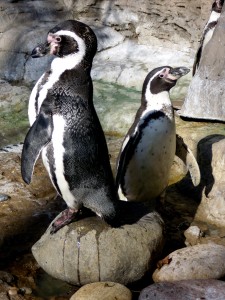 We all experience vexing moments as the targets of sarcasm and harsh words in our day-to-day lives. Some border on abusive, some just make you cringe or cry.  The energy being directed our way in such moments does not serve the highest good. Embarking upon a crusade to be nice, to put positive energy into our collective environment, is a  life skill worth considering. This “trite” skill can change your life and the life of the world for the better. It takes a little time and it’s not easy, but it’s worth responding to as many criticisms as you receive, no matter how small, with niceness.

A crusade to be nice, to put positive energy into our collective environment, is a life skill worth considering. --LiM2 Click To Tweet

Here are few key elements to remember as you craft correspondence:

Anger and irritation are human emotions and responses, but if we can all take a minute to breathe and react in kindness, the world would be a different place. I am sorry that my Twitter follower, well, former follower, is in a place of such un-love. 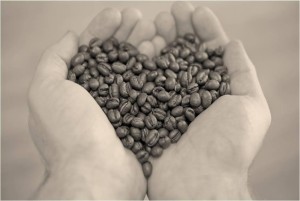 Anger and irritation are human emotions and responses, but if we can all take a minute to breathe and react in kindness, the world would be a different place.

I am honored to be the first guest blogger on the LiM2 blog and I want to offer you my best in your messy and marvelous life. Won’t you join me in a Be Nice Reign of Terror?

May your authentic efforts to Be Nice make the messy and often unkind world a nicer, more marvelous place!

Carrie can be reached on FB at Carrie Graves Psychospiritual Life Coaching, and also at he email address, [email protected]