Nothing in life is free.

You’ve heard that, I know—from your parents or grandparents.  It’s true.  And it is true in relationships.  Even the privilege of being in a secure relationship has a price attached to it. Judith Viorst called these “necessary losses.”  Like some of your individual ‘freedoms’.  If you maintain all of your independence, you might be only taking in the relationship and not giving.  I see Accept Each Other (the last blog I wrote)  as the counterpart to this week’s skill, Partner Each Other.  As I hope you recall, Accept Each Other outlined our differences and the need to accept a duck as a duck and not to ask it to be a dog.  Partnering, on the other hand, suggests that while you may not be a duck like your partner, sometimes you need to get in the water and swim.

Nothing in life is free. Even the privilege of being in a secure relationship has a price attached to it. 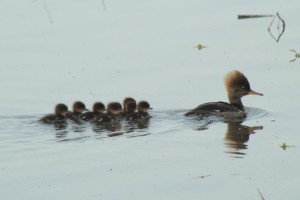 When Amy and I brainstorm possible blog topics, we usually draw from themes in our offices and, this time, began to discuss the problem in relationships we’d recently seen when one partner refuses to join the other.  Insert disclaimer here!  Whenever interpreting gender-specific research findings, it means “on the average and in the long run” and there are ALWAYS exceptions.  However, there is a reason we have these trends and my hope is that readers will not get stuck on the superficial level of this issue but will really dive deep and examine some of those subtly held beliefs that limit the ability to truly connect with your partner by BEING a true partner.

Coincidentally, I’d run across an old article by therapist Terrence Real, author of several books on men and marriage, that I’d set aside to re-read.  Author Real echoed what Amy and I had just discussed.   In it, Real says, “With new economic, cultural, and psychological resources, empowered women are, for the first time in history, insisting on real emotional intimacy in marriages.  And men are coming up short.”  “Men’s job description has changed—and men are unprepared for the change.”  He goes on, “The pressure to be hard, logical, independent, and stoic all too often sets men up to be emotionally distant, arrogant, numb to their own feelings, and unconcerned about everyone else’s…”  He points out that under the influence of patriarchy and according to their training, men have always been allowed the “privilege to flee”.  Real says that if therapists don’t call men out on this reality, we are co-conspiring to keep the broken system firmly in place. 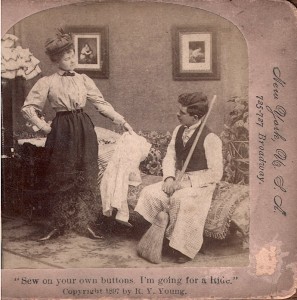 The urge to flee is form of masculine privilege when a male partner places his own autonomous interests above that of his partner and also his children.  This frequently sounds like, “But you KNOW how I get if I can’t work out every day” or “But I’m tired too; I’ve been working all day” –without acknowledging that his partner also has a full time job.  The problem for couples is so prevalent, that there is a name for this automatic assumption that she work AND take care of the majority of domestic and child-rearing duties after her day on the job: The Second Shift, aptly identified by authors Arlie Russell Hochschild with Anne Machung in their book of the same title (1989, 2003, 2012).

Marital research is clear:  Partners report higher levels of marital satisfaction in relationships that are egalitarian.  From the root égal, meaning “equal” it is defined as “relating to or believing in the principle that all people are equal and deserve equal rights and opportunities.”  Equal rights implies that one group is not subservient to or oppressed by another group.  In egalitarian marriages, both partners share a voice in decision-making and responsibilities as well as rights and privileges. 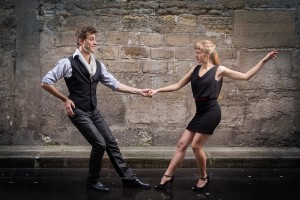 How do women co-conspire in this dance?  Well, some women enable this behavior by over-accommodating and over-compensating.  You know, proving to the world that she is super-woman.  Author Brene Brown points out that women hide their shame behind perfectionism–doing it all, perfectly coiffed, and making it look easy.  But show me a “super-woman who does it all” and I’m going to bet that she’s not backed by a “super-partner.”  I’ve even known some men who say they got shut out of partnering because she shamed him for “not doing it right.”  Her excuses range from “Boys will be boys” as they’re growing up, to “You know how men are” later on.

And the way other women fight back? With subversion.  They often go underground–seething with anger, silent, and then disconnecting themselves.  Often it is by refusing to play.  Literally and figuratively with their partner.  Or it is by engaging in “tit-for-tat” wars which further widens the distance between partners.  Then no one is partnering.

Terrence Real suggests that this ensuing war (my language, not his) launches men into their own version of shame, knowing that they’re failing as a partner, and responding with the urge to flee (avoiding intimacy), thus perpetuating the cycle because what “men fear most is subjugation.”  This cycle of avoidance causes men to miss out on what they actually do crave: intimacy with their partner.  Sometimes, the desire for intimacy gets rerouted and disguised as a request for sex. 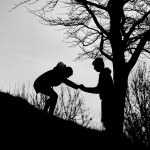 What is the masculine antidote for this failing and outdated cycle?  Learn to be a partner vs. being chronically petulant.  Intimacy then has a chance to follow when there is peace in the marriage.  Remember the Viet Nam protest slogan?  Make love, not war.  It works when there is peace and partnership.

Here’s the thing: Men KNOW how to be good partners because they do it at work (considered a masculine task whether you are male or female).  As a partner in a business, men do not tell other men, “I’ve been busy—get off my back; I’m tired and I just want to play my video games.”  “Why do you always have to nag me about something?!”

Men KNOW how to be good partners because they do it at work.

For women, the antidote is to learn to communicate clearly.  In his book, The New Rules of Marriage, Real outlines the steps for women:

Again, I personally know many men who are good, solid partners–taking on their half of the duties (that, quite frankly, few working folks truly enjoy) and then appreciating the free time that they and their partners can have together–or separately.  Equally so.  These good men are being role models for another generation of good partners and the lessons extend beyond the short-term (this marriage) into the long-term (their children’s marriages).

So in this Life is Messy, Life is Marvelous Month of Relationships, consider how you Partner Each Other.  It pays off.