I am beginning with a disclaimer. I have completely failed this skill for the past year, maybe even 18 months. For many years I had a regular system of retreating. And I am about to put that all back in place, now that I have my head above water and I can allow myself to notice the price I have paid for not taking my own advice. One of my mentors, Carl Whitaker, said that therapists who have not done their own therapy are a fraud. Perhaps bloggers who have not done what they are telling others to do are a fraud, too?

Here is my hopefully not fraudulent advice. Learn to retreat. It’s a skill. It takes some will power to allow oneself to leave the daily grind, the centrifugal force of to-do lists, work, meetings, family and friend obligations. Trusting that the world will keep spinning if you are not there all the time is a sign of psychological and spiritual health. Being reminded that the illusion over control of anything is sometimes a painful but necessary truth.

Retreating is about changing perspective and gaining deeper clarity.

Why do we retreat? It’s simple. Retreating is about changing perspective and gaining 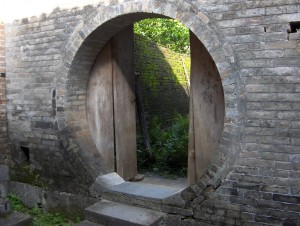 deeper clarity. Let me give you an example from the world of therapy, a microcosm of why we retreat.  When working “live” with a client (usually in front of a class or learning consortium), a mentor of mine, Dr. Laura Dodson, would sometimes create a living sculpture . Using volunteers, she would create, for instance, the family of origin of the client: the mother, father, siblings, grandparents, significant others. And then she would have the client begin to step out of the scenario. Out of the sculpture. And she would walk the client back into the room, asking what they could see now, from a distance. And she would walk them further back, and ask what they saw now. And sometimes she would have them climb up on a chair or a table and ask them what they saw from that position. And all of this was done because we need distance from the situations that we live in every day in order to see more clearly. It was an active form of retreating.

We need distance from the situations that we live in every day in order to see more clearly.

As a therapist, coach, and spiritual director,  I sometimes use the following formula as a guide for people asking about retreating:

Some time every day (30 sacred minutes?), an hour a week, a day a month, a weekend a quarter, a week a year, a month every 7 years.

These are times set aside to gain a new perspective. To remember who you are. To review how you have spent your time. To pray. To meditate. To do nothing. To just be. Your only goal: to rest, knowing that your perspective on all things may be changed if you retreat from daily demands. The outer world will fade away and your inner world will expand. Some illusions will melt away and reality may look different but much clearer when you return.

Your perspective on all things may be changed if you retreat from daily demands. 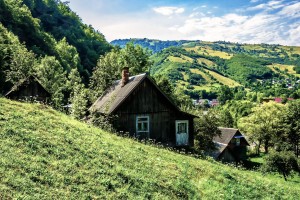 In 2012, I took a two week solo and mostly silent retreat. I did this explicitly because I was overwhelmed and needed a new perspective. Friends loaned me their mountain house and I gratefully had time and a safe space to retreat. Way away. Time to wonder. Time to allow old ideas and no longer useful perspectives to slip away and to make room for a new vision. Every day I spent time reading pieces I had written in the previous 3 years. And as I read, I began to realize that I mostly write about certain themes. I named those themes. I sorted my writing. As the week went along, I began to see the shape of a book. A book? I had no idea ever that I would write a book. It was not even on my horizon. Not even a twinkle in my eye. But I saw the book on this retreat. And when I returned home, I began the process of putting that book into concrete form. Mostly, though, I also spent time in the glory of untimed and uninterrupted prayer and meditation. I walked and I wrote some more. It was a much needed retreat for me. It was what I called deep Sabbath. And this is a poem I wrote about that retreat time.

Already feeling the sadness of having to leave,

I begin to strip the sheets. Pulling the corners off the mattress

the stripping of an altar.

The readying of leaving leaves my eyes

An old tape begins to play in the form of a question.

“What have you done with this time?”

Almost reflexively I start to answer with a list,

words I think others would understand.

But Spirit put Her hand upon my heart.

“Tell the truth,” She said.

“I have rested,” I responded.

“I have breathed deeply,

walked slowly, and prayed for hours.

I have sipped wine, made music, played

with colors and words.

I have dreamed big dreams and taken the

time to wonder about them.

I have been gifted with visions and made time

to open to them.

I have read the words of others, the Word of God,

and have written my own words.

That was true Sabbath for me.

My retreat was also a Sabbath. A time of allowing God to enter me and fill me with exactly what I needed. And it was not only for my own good, which it was, but it was for the good of all of those whose lives intersect with mine. I came back enlivened, rested, renewed, and ready to be at work and in relationships in a new way.

We could all benefit from retreats. Sometimes we need a break from work. Sometimes from the kids or our marriage. Sometimes we just need a break from the craziness of the world. You really don’t need an excuse or even a reason to retreat. You can just know that being away can help you gain perspective. That is enough. You don’t need a friend’s mountain house. You can sit outside. You can take a long walk. You can shut your bedroom door and listen to music. You can walk along the shore, you can sip a cup of coffee, you can stare at a leaf or walk in your garden.

Sometimes we just need a break from the craziness of the world. You really don’t need an excuse or even a reason to retreat.

For some people, a structured retreat is a better option. Going away with a group, with a leader, with a theme and a goal can also be a worthwhile adventure. There are marriage retreats, women’s retreats, men’s retreats, writer’s retreats…I guess you could find a “retreat” for just about any reason. I have led retreats for years. And I can tell you now that the best ones, even when they are directed and structured, leave plenty of time for people to rest and allow their perspectives to be changed.

I promise, I lived by this rule of life for years. And I am returning. You can hold me to it. Because life is so messy, and we all need a chance to breathe deeply, to see more clearly, and to be refreshed, learn to retreat.