Almost daily, I am consciously aware of being grateful for the profession I’m in.  There are so many ways that I love being a psychologist, not the least of which is I have opportunities to learn every day.

I returned from a professional conference just a few hours ago so I will make this blog short and sweet.  I didn’t have a chance to write ahead of time because I had been busy helping to prepare a presentation with some treasured colleagues.  (Life is messy, isn’t it?)  Because of that presentation alone, I did some research, learned a few new things, and worked to understand some old material in new ways.  It was fun.  Yeah—I’m just that nerdy!  But that’s not all: there were 2 days’ worth of materials presented—some information was rather familiar and some was so new that my mind was blown by what I learned.  It feels great to be on this “post-conference high!” 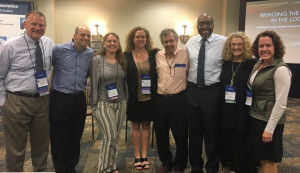 Teaching is another way that I am always learning.  When faced with a room of 20 very bright Honor’s college students, or 70 fairly interested psychology majors, or 140 easily bored students looking for a relevant elective, I have to be on my game.  Every semester, I try to know a little more based on the questions I’m asked in class.  I can never know it all but I can also stay engaged in learning.  It seems like the right thing to do when I’m asking my students to also be engaged in learning. 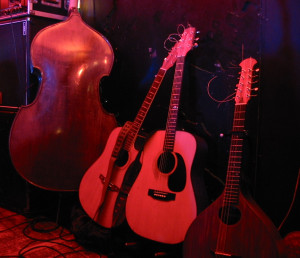 Not everyone is afforded this “culture of learning” through their jobs but we always have opportunities to continue to learn.  Learning best occurs when we follow our own interests and curiosity.  It might be an interest in learning to knit.  It might be curiosity about World War II.  It might be the desire to learn to play an instrument.  It might be the need for a DIY project that you can’t afford to pay someone to do and that you KNOW you could do yourself if you just studied it a bit.  (You know this one: you see something out of your price range in a store and you say to yourself, “I could do that!”)

Learning best occurs when we follow our own interests and curiosity.

I heard of a woman once who picked a topic every year on her birthday and sought to learn as much as she could for a year.  What a great idea! 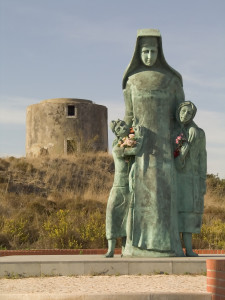 There is good reason for doing this too.  In 1986, Dr. David Snowden began a program of research at the University of Minnesota involving the School Sisters of Notre Dame.  They were a group of nuns who lived extraordinarily long lives—most of them well into their late 90’s.  Commonly referred to as “The Nun Study,” the researchers focused on aging in a population of women who were fairly alike and lead lives that did not involve common risks in women’s’ health: childbirth, intimate partner violence, smoking, substance use, etc.  Additionally, most of the nuns were teachers and many had their Masters degrees.  (Read about it in Time Magazine’s 2001 report here.)

Snowden and his team looked at 4 things: a) measures of physical health, b) measures of mental health; c) early journal writings (required for entry in to the convent and then encouraged throughout their life); and beginning in 1990, d) their brains (donated after death) for pathology tests—taking slices and examining them microscopically. There were 2 primary discoveries.  First, in their writings, the nuns who had particularly rich, descriptive writings from an early age, showed fewer outward signs of aging (memory problems, verbal production, and other symptoms of Alzheimer’s disease).  Second, the pathology reports found that many nuns with signs of advanced Alzheimer’s, showed few cognitive or behavioral symptoms. 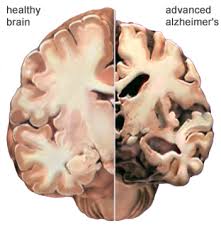 The researchers were curious about how this could be and combed through their records of interviews with the Sisters and realized that these women had been life-long learners.  Not only were they teachers, but they worked well into their eighties; and after this late retirement, they took up learning something new to keep them engaged.  Math teachers took up sewing, writing teachers took up music, music teachers began to garden.  In other words, they learned something entirely new.  Their brains grew new connections and expanded their networks of dendritic connections.  And their quality of life (cognitive health) was essentially maintained-despite having late stage Alzheimer’s.

As a teacher of psychology, I have to add a little lesson that “correlation does not imply causation.”  Because of the design of the study, we cannot say that learning is the reason that the nuns had no symptoms of the Alzheimer’s that was evident in their brains, but it is an intriguing finding and keeps researchers chasing down this interesting connection of lifestyle and disease expression.

So our lives are undoubtedly messier than the nuns of the School Sisters of Notre Dame, but we improve our chances of having a more marvelous life when we continue to learn.