Let me give you a bit of insight about LiM2.  Since we began, Amy and I have formally met at least quarterly to plan topics for the next few months.  Since the first of this year, that has been difficult due to our schedules and, in the past month or so, we’ve gone completely rogue—neither knowing what the other might write.  This morning I realized, after waking early for a grading marathon on finals, that I also needed to write a blog.  I toured my recent memories for anything relevant, recognized a few snippets, and then found myself drawn to reread Amy’s blog last week, Crack the Door, which might be one of my personal all-time favorites.  I’ve decided to leap off from there.

I am the product of good mentors—an apprentice of my craft.  I am completely indebted to a few people who certainly shaped my professional path and as a result, shaped me as a human.  Denise Davis, who awoke the place in me as a college freshman to the idea that I, too, could get a PhD and be a psychologist; Richard Harding, who trusted my instincts as a young, green paraprofessional, shared his abundant wisdom, and gave me unheard of opportunities with my mere Bachelor’s degree; Ray Johnson, in graduate school who challenged my orneriness with his own so that I found my assertive voice, took risks, challenged the odds, and persisted till I succeeded; and always, Russell Haber, the quintessential

supporter of the underdog, the quirky, creative genius, the holder of the wildcards, and the taxi driver who always found room for someone else to come along for the ride.  There are many, many others—mothers, sisters, brothers, cousins, older and younger—who’ve shaped my journey, but the Big 3 R’s—Richard, Ray, and Russ—saw me coming and opened the doors.  They shined their lights that illuminated my path.

Perhaps that is why I have always valued what my field calls “early career mentoring.”  To those students and trainees I’ve mentored, it might be considered paying it forward, but it is not; for me, it is, literally, paying it back.

Mentoring brings to mind the English quote by Sir Isaac Newton in 1676: “If I have seen further, it is by standing on the shoulders of giants.”  This concept has been traced to the 12th century French philosopher and scholar, Bernard of Chartres.  I’ve stood on the shoulders of the Big 3 R’s, walked behind and beside them, and benefited from their gifts.  Their influence has allowed me to see further.  I cannot NOT pass that along.

A mentor is someone who allows you to see the hope inside yourself.  -Oprah Winfrey

This is what Amy is talking about at the end of last week’s blog:  you might just be the light shining through that cracked door for someone else. Someone may have that closet door cracked just a sliver, and you will be the light that allows them to see. So stay awake. Look for opportunities to be a sliver of light for someone else. 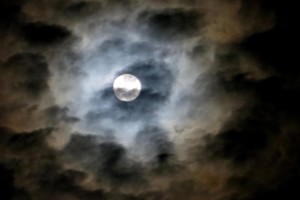 Have you ever noticed how brilliant the full moon can be?  It can peek through the tiniest crack between curtains or blinds especially when we are already having trouble sleeping.  It can seem blinding in the dark of night.  Those restless nights would just be endlessly dark if the moon were not so luminous.  Mentoring can work in that way—illuminating something for someone without your realization.  All you have to do is shine.  Always shine.  The moon doesn’t select your window.  The moon just does its job and shines.

So why the lengthy LiM2 writing explanation at the beginning?  It is because of this lesson of showing up and shining in what you do.  I never saw myself as a full time teacher but life is a winding road, isn’t it?  Yesterday while I was grading final essays on the impact of culture on personality development, one student revealed that her grandmother and I were her greatest mentors in her life.  I cried.  Really.  I had no idea.  While she has taken all of my classes, this student has not singled herself out in any way—although her increasing confidence by sharing her thoughtful ideas in class has recently caught my attention.  I had no idea about her messy past and recent struggles.  I was completely moved by her revelation that I have lit her path.  And that is what is relevant to me today.

Shine, because without even knowing it, you may be someone’s mentor in this Messy, Marvelous Life. Click To Tweet

All I have to offer in closing are Amy’s words which bear repeating, “So stay awake. Look for opportunities to be a sliver of light for someone else.”  Shine, because without even knowing it, you may be someone’s mentor in this Messy, Marvelous Life.