Lately, I’ve been a little frustrated and cranky. Upon considerable reflection, I believe it’s because I’ve found myself in some loops. Same old, same old. You know, those messy times when it begins to feel like life is on a hamster wheel. But not the ones in my mind, rather the patterns in life that seem to be on repeat. Not things like getting up every day and going to work or returning to the same unresolved argument with a partner, but more like (at the distinct risk of sounding a bit “woo-woo” as one friend calls it) cosmic themes. Those lessons in life that the universe keeps sending back for another run. 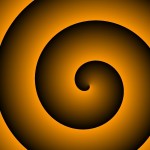 We’ve all experienced it. A very long time ago, I had a client refer to this by saying, “I find that when I don’t deal with these things, the Universe jut serves it up on a bigger and better platter.” A psychologist from Wyoming I met in grad school said that when concerns aren’t addressed, they “usually show up in tomorrow morning’s biscuits.” I also think some people call it the “back kick of a mule” and we all know, “there’s no education in the second kick of a mule.”

I had a therapy supervisor once say that if you look beyond presenting symptoms, there are only about 2 or 3 essential issues in each person’s life and that most folks just keep coming back around to deal with them at a new level. If we’re not dealing with them anew, we definitely land in the same place dealing with the same things. You know—the definition of ‘crazy’—doing the same thing and expecting a different outcome. The recovery folks use the pithy saying, “If nothing changes, nothing changes.” I know I’m not alone in this.

The hope is that each round is with a different perspective if we’ve been mindful about gaining insight, making changes, and moving on differently—like a spiral. The dilemma that most of us encounter is that we do the best we can and end up not knowing what else to try. Or we get stuck. 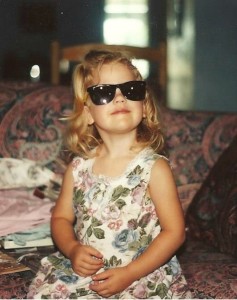 When my eldest daughter was about 3, we watched her struggle to problem-solve in that toddler-like, frustrated way and instinctively began to teach her strategies. We came up with three steps that were later shortened to R-I-P: Resourcefulness, Initiative, and Persistence. It created one of those proud parenting moments to ask her what she needed to do in the face of adversity and to hear her tiny cartoon voice chirp, “Resourcefulness, initiative, persistence.” When overheard, heads turned in curiosity to see this wise little Buddha child.

Resourcefulness. Being resourceful often means to step back from a problem and take a different look at it. To walk all the way around a dilemma and to begin to consider it from all angles. Resourcefulness means trying an option you’ve not thought of before. It might mean taking advice even when you might feel resistant. Resourcefulness might mean simply asking for help (see our very first blog) or outsourcing a job.

Initiative. This is the action stage. Take charge. Do it. Sometimes people are full of good ideas but get stuck because they fail to initiate a plan. It might be avoidance. It can look like procrastination. Some people might have a fear of failure; others might have a fear of success. An outsider might judge this as ‘lazy’. There are a myriad of reasons people fail to initiate a plan but if Initiative is just Step 2 in a process, it’s easier to not get hung up.

Persistence. We’ve heard this word a lot lately. Google defines it as “firm or obstinate continuance in a course of action in spite of difficulty or opposition.” One does not have to persist if something is easy: Boom. Got it. No ‘obstinate continuance’ required! When faced with difficulty, however, it’s a very useful concept. Persistence involves the courage to fail. It includes what we now think of as grit (more about this skill). Persistence is about the development of tolerance for discomfort and the ability to wait for a long-term pay-off. It means we will encounter failure in striving to reach our goals.

Persistence is about the development of tolerance for discomfort and the ability to wait for a long-term pay-off. 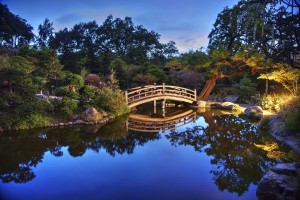 I think of Resourcefulness, Initiative, and Persistence—getting RIP-ed—as a meta-strategy—an over-arching way to deal with any type of problem. But of the three, Persistence might be the most powerful. It is the one that keeps us from giving up and throwing in the towel. But it can be that back kick of the mule if we persist with something that’s not working.  It is most effective when used with the other two.  Persistence helps us return to the drawing board, Resourcefulness, to find another way. Persistence also gives us the oomph to muster our Initiative again.

Resourcefulness, Initiative, and Persistence—an over-arching way to deal with any type of problem. -LiM2 Click To Tweet

So how about me? Well, I’m nothing if not persistent. I’ll return to Resourcefulness and find another way off this hamster wheel.

So when Life is Messy, RIP it; but mostly, Persist. The Marvelous is out there!