Paradoxes are the only truths. –George Bernard Shaw

How wonderful that we have met with a paradox. Now we have some hope of making progress. –Niels Bohr

Twice this week, friends have mentioned the Stockdale Paradox. If you’re not familiar with the story, it was coined by author, Jim Collins, in his book Good to Great. Collins wrote about James Stockdale, a Naval Officer held captive in Viet Nam, in the ‘Hanoi Hilton’ war prison, for eight years between 1965 and 1973. His captors tortured Stockdale multiple times for his determination to not be used as propaganda and for his efforts to get intelligence information from the prison back to the US. He also did everything he could to shore up his fellow captives in order that they might also survive the torture. For example, he created elaborate ways that they all might use morse code-like tapping patterns to communicate with one another during periods of isolation and imposed silence. He was awarded the Congressional Medal of Honor after his release.

Admiral Stockdale was very clear in his assessment that there was one group of people who did not survive: the optimists. Surprised? Me too.  Isn’t that what we’re supposed to do? Hope for the best?

The problem with optimists

Stockdale said the optimists kept hoping for release at certain markers in time (Thanksgiving, Christmas, spring, …) and then were profoundly disappointed over and over. He believed the optimists essentially died of a broken heart—broken by on-going disappointment. That sounds like what Amy wrote last week about hope being defined as anticipating something positive–in its more simple form–rather than maintaining hope as a more meaningful, spiritual practice. 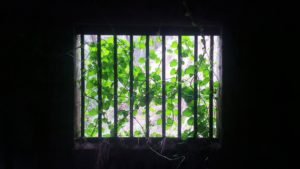 So what is the antidote? Stockdale is often quoted as saying, “you have to have unwavering faith that you can and will prevail in the end, regardless of the difficulties, and at the same time, you must have the discipline to confront the most brutal facts of your current reality, whatever they might be.”

That is the paradox—at the same time. 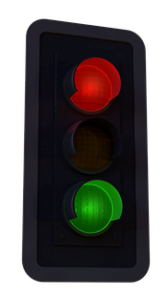 Paradox is defined as seemingly contradictory statements of logic. The holding of the opposites. The idea of “bittersweet” is a commonly used example. Can it really be both bitter and sweet at the same time? If you’re a dark chocolate lover, like me, then you know it is true.  How about the song lyrics, “you gotta be cruel to be kind.” Sometimes, the kindest act in the long run, feels cruel in the moment, like a tough break-up, “I just am not feeling it.”

Yikes! I claim to be an optimist. I teach about the benefits of optimism. Therapy with me might focus on how to develop more optimism to combat negative thinking. But I don’t believe simple positive thinking (along with work hard, making good decisions, and being a nice person), will protect you from disappointment or even disaster. So I guess I’ll hedge a bit here and note that I am maybe more of an optimistic realist.

My favorite professor from grad school and I used to argue about whether you could be realistic without being cynical. He definitively said NO. He laughed at the notion of my claiming to be an optimistic realist along with my ability to hold the paradox. In other words, hope for the best and deal with reality. 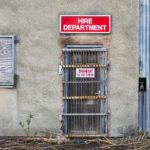 The controversy this week has been whether or not to re-open businesses. Got it. I prefer doing therapy face-to-face with people. I’d like to visit my elder parents. I’m hungry to hug my friends. I worry about people in the service industry, family businesses, and non-profits. People are restless, bored, weary, and maybe even a tad spoiled about doing what we want to do, especially here in America. More socially-oriented countries have been “closed” much longer than us and without the benefit of the personal space that many Americans enjoy.

our challenge right now is to hold the paradox of maintaining faith that we will emerge on the other side of this pandemic while recognizing that we can’t know what that will look like or when. Click To Tweet

And people’s response to this controversy? The therapeutic Theme of the Week in my home office has been “I’ll just be glad when things get back to normal.” Will they, though? The optimistic part of me says, “We’ll be so appreciative of our freedom.” Or how about this one? “I’ll never complain about going to work (or school or grocery shopping) again.” The realistic part of me knows, “I doubt that. I’m sure I’ll complain again.” 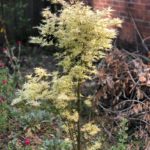 So WILL we get back to normal? I don’t know. But I do know our communities have already significantly changed and are still changing. Already, there are iconic businesses in our town that have decided to close forever. In this way and many more, we are both changed already and changing.

And the follow-up question? WHEN will this end? What will happen? Will it be this summer? Maybe it will be in the fall?  Or perhaps it will be by ____? (<–fill in your favorite upcoming time or an anticipated event)

As a toddler, my first daughter used to answer questions she didn’t know anything about with, “I can’t know.” How true! We can’t know. Not yet.

What we DO know, if we call upon the wisdom of Admiral Stockdale, is that our challenge right now is to hold the paradox of maintaining faith that we will emerge on the other side of this pandemic while recognizing that we can’t know what that will look like or when.

How do we practice more freedom in our minds while we are limited to our homes? It’s a paradox, indeed. 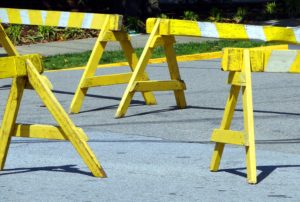 Start by taking a deep breath. (Seriously—take a deep breath right now.) Find ways to stay connected—this is really not social distancing—it is physical distance. Look inward. What internal barriers make you believe you are stuck? Do you have thoughts that are holding you captive? Are there limitations you impose on yourself? How are you silencing your best self out of frustrations or the inability to go and do as you please? What are the brutal facts about your life that need facing right now?

Practice challenging what was once your normal. Now breathe again. Face reality and have faith. Hold the paradox. And breathe again.

Change is hard. Life is a series of messy, messy paradoxes when we are honest and don’t resort to simplistic black-and-white thinking. So join me and let’s challenge our naive optimism and practice confronting the most brutal facts of our current reality. We will get through this. Physically distant (for now) but spiritually and emotionally together. Marvelously together. 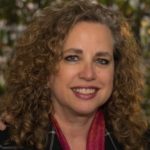