“Too often we underestimate the power of a touch, a smile, a kind word, a listening ear, an honest compliment, or the smallest act of caring, all of which have the potential to turn a life around.” –Leo Buscaglia

Although this topic was planned a couple of months ago, I’m writing with the intent to follow up on Amy’s beautiful entry last week, Be the Light.  If you haven’t read it yet, I highly recommend it.  I’ve been talking to friends about acts of kindness in an effort to go beyond my own experience.  These are my discoveries: first, it seems there are two types of Acts of Kindness—the oft-discussed random ones and less-recognized intentional ones; second, the impact is vast.

Random Acts of Kindness get a lot of air time.  Also known as ‘Pay it Forward’ (with a movie by the same name), we regularly hear about these acts on social media: someone pays for your lunch before you pull up to the drive-through window, someone unexpectedly pays for another’s coffee, a gift card is handed to the elderly lady in the grocery line purchased by the customer ahead of her, ‘Blessing Bags’ are handed out to the homeless.  As it turns out, there is an entire website dedicated to Random Acts of Kindness.  It contains stories of kindness, ideas for kindness acts, ways to foster kindness in children, quotes on kindness, and more; it’s a lovely website and a positive light in this world.

Are you a “RAKTIVIST”?  Maybe you should be.  After all, it’s good for your health.  This term is used on the website for people who practice Random Acts of Kindness.  There is also some research on what happens when we practice kindness.  For example, three researchers at the Yale University School of Medicine found that helping others relieved the impact of stress on the participants’ emotional well-being 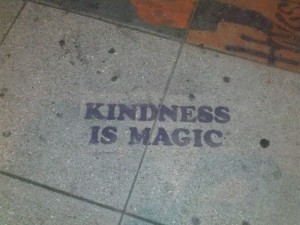 and overall mental health.  Further research at UC San Diego and Harvard found that acts of kindness, generosity, and cooperation were contagious—that good acts spreads as quickly as negative acts and it only takes a few positive people to make a significant change in a community.   Finally, social psychologist, Jonathan Haidt, believes that even witnessing acts of kindness elicits what he calls ‘elation’, filling our chest with a warm feeling, giving us a sense of connection, and spreading the desire to help.  Author & psychologist Steve Taylor notes that this means an act of kindness has a three-fold impact: on the doer, the recipient, and any witnesses.

But are these stories we see really that random?  Many of the described deeds are actually intentional and important like mission trips, disaster relief work, tackling a community problem, or charitable giving—all valid Acts of Kindness.   If, in fact, they are really random, why that person? Why that time? Why that act?

I’ve really struggled the last two or so weeks to write this blog—for several reasons—so I asked a new writing friend, John, for some feedback on my dilemma by first asking him to free associate to “acts of kindness.”  He told the poignant story of visiting the 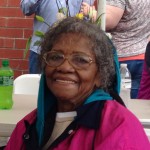 daughter of the woman who worked for his family “who basically raised me.”  The nanny was long deceased but her daughter was in ill health and had nothing.  He began to go see her in a nursing home and to take her small items that she could use or that she might enjoy but could not otherwise acquire.  He’d not known her well but they talked at length on his visits, sometimes about the connection they shared with her mother.  “She was quite moved by my visits and told me how much it meant to her, especially since we weren’t much more than strangers.  I knew I wanted to go but it was only after that I realized how powerfully it moved me.  That small act of kindness opened something in me.  The experience changed me.”  John told me he’d never shared that story with anyone before.

“That small act of kindness opened something in me.  The experience changed me.” –John

In return, I shared with John something I’d not told anyone:  I was recently approached on the street by a complete stranger with a request.  Maybe it’s my own character flaw but, like many people, I generally deflect that type of solicitation by putting up my guard.  Instead, something different happened.  I looked in this man’s 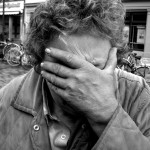 eyes and saw his need.  I saw his desperately humbled humanity in a bedraggled coat and unkempt beard.  I responded without pause or thought in a way that was clearly more generous than he (or I) expected.  I saw something light up in him as I walked away.  Like John, it was only after the exchange that I realized something in me had also shifted.  I felt something in me light up as well.  It was different though.  Oddly, I felt more human.  I realized there are so many ways I am no different than that marginalized man.  That man about whom I knew nothing except his appearance in that moment—and it appeared he was experiencing a mess in his life.  Who am I to make a snap judgment about him or his life?

As John and I mulled on, he noted that it takes a great deal of vulnerability to act with untethered kindness.  I recognized that I usually defend against truly seeing some people who are in need.  People that I don’t know.  People who are apparently desperate.  Don’t get me wrong—I’ve acted with kindness and generosity before but often when my rational self deems that this is a “reliable charity” of some sort.  But somehow I was not defended or operating out of my intellectual, judging self when I looked in that man’s eyes.  I simply acted out of my heart—out of the light that perhaps I keep hidden more often than I care to admit.

Hence, my struggle with writing this blog—I didn’t want this to be a self-congratulatory treatise, so John coached me, “But this isn’t about what you did, or what I did, it’s about how you or I felt when we did those things vs. the times when we 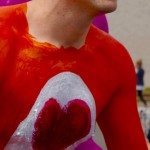 don’t act.”  He’s right.  I’ve tamped my own spirit more often than not each time I defend against shining my light in the world.  That is the lesson for us all.  To Practice an Act of Kindness requires that we listen with an open heart, see with a compassionate mind, and act without a judgmental spirit.  Maybe those acts are planned and intentional, like John’s, or maybe they completely surprise you, like mine; I don’t think it matters.  What does matter is touching another human in a meaningful way and allowing your light to shine both inside and out as it is passed along.

To Practice an Act of Kindness requires that we listen with an open heart, see with a compassionate mind, and act without a judgmental spirit. --LiM2 Click To Tweet

So I urge you again to Be the Light in this broken hurtful world, as Amy said, by Practicing Acts of Kindness because you could impact more people than you know in this messy life and spread more marvelousness. 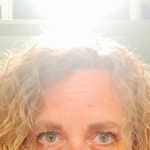