My first big failure was in college.  I completely flagged a class.  Yes—an ‘F’—in an elective at that.

I don’t think I’d ever truly failed at anything prior to that.  Of course there were those things at which I wasn’t that great (like math, in general, and calculus, specifically) but in high school, I’d made all ‘A’s, except one ‘B’ in Algebra, and I’d never made less than a ‘99’ in History.  Ever.  I loved history so much that I’d even considered majoring in it but couldn’t figure out what I would do as a career.  So when I needed a social science elective, I thought I’d take something I enjoyed and in which I was sure to make an ‘A’: History.  I was devastated to outright fail it.

Failure is a great teacher.  Many great lessons are the result of failing at something: how to pick yourself up, how to deal with hardship, how to persevere, how to make mid-course adjustments, how to ask for help, how to seek support, how to change directions completely, how to let go, how to call it quits….. For me, I had a hunch the class might be over my head as it was largely made up of graduate students and the professor engaged them almost exclusively while being rather condescending to the undergraduates enrolled.  The lesson?  Know when to “get out while the getting is good”.  Instead, I did what I do: I hung in against my own intuition.  I didn’t heed the warning signs (Skill #49).  It was a lesson I needed then and one I still need reminders about today.

Many great lessons are the result of failing at something: how to pick yourself up, how to deal with hardship, how to persevere, how to make mid-course adjustments, how to ask for help, how to seek support, how to change directions completely, how to let go, how to call it quits…..

I’ve a new friendship developing with a young woman who was a former student.  Circumstances and living in a smallish city have led our paths to cross again.  She is bright, multi-talented, and highly successful.  She’s now following her dream to enter the field of psychology and admitted to me that she is rather fearful about failure.  She didn’t like it for a minute that I suggested she will undoubtedly fail at something sometime in life.  A visible shiver ran through her at the mere thought. But despite the Millennial Mantra, everyone is not a winner.  At least, not all the time.  Worse still, as a culture, we’ve become phobic about not always winning.

Despite the Millennial Mantra, everyone is not a winner.  At least, not all the time.

If you haven’t failed at something, perhaps you’re not challenging yourself enough. Maybe you should risk more.  Sir Ken Robinson, in one of the top watched TED Talks entitled “Do Schools Kill Creativity?” (2006), says we have to prepare to be wrong to come up with anything original.  Robinson makes the points that “we stigmatize mistakes” because we “are educating people out of their creative capacity” when we admonish children for their mistakes.  If we fear making a mistake or failing at something, we are taking the safe road and complacently settling by doing just good enough.

In her wildly popular TED Talk, “Listening to Shame” (2012), Dr. Brené Brown argued that all of the experts at the TED Conferences have undeniably experienced failure before becoming leaders in their respective fields: “This is like the failure conference … because very few people here are afraid to fail.”  She makes the point that risk and vulnerability are the birthplace of innovation and creativity.  In fact, a search of the TED website reveals that there are over a dozen talks on the merits of failing. 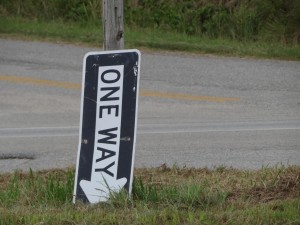 We often hear that “what doesn’t kill you makes you stronger” or “builds character”.  Failure typically won’t kill us but will challenge us in ways that the safe road never will.  There are times that we need to dig deeper or find another option.  Failure is messy and challenges us to grow in a way that comfort never will; whether it is comfort in our ideas, the path we’ve selected, our way of doing things….whatever the comfort of safety means to us.

Failure is messy and challenges us to grow in a way that comfort never will. --LiM2 Click To Tweet

As we talked on the other night, my young friend asked, “Isn’t the idea of failure all about how you define it?”  (I told you she was quite bright.)  Well, yes, wise young woman—you could also define failure as a growth opportunity—or “AFOG” as an older friend once called it: Another Freaking Opportunity for Growth.

I would argue that it is the very act of risking failure that makes us successful.  Poet C.S. Lewis said, “Failures are finger posts on the road to achievement.”  They point us to the next step.  All of the great poets, writers, musicians, artists, inventors, scientists, engineers, and entrepreneurs know this truth.  So, we can risk it or we can sit back safely.

“There is only one thing that makes a dream impossible to achieve: the fear of failure.” ~Paulo Coelho, Brazilian writer & lyricist

So if you’re ready to grow, Prepare to Fail, because Life is Messy and Life is Marvelous!